Summer in the Northwest (I've been busy) 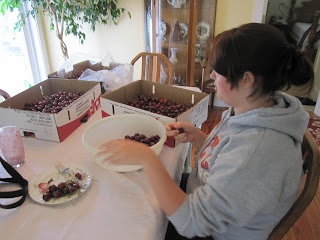 I think this is going to be photo heavy. We have been canning, preserving, and gardening. My youngest and I canned Bing cherries yesterday. She pulled the stems and sorted while I washed them, filled jars, and processed. We did 14 quarts and froze the rest (9 lbs frozen?) A total of 36 lbs. Oh ya. I made a pie too. I think I prefer pie cherries for that but the family liked it. 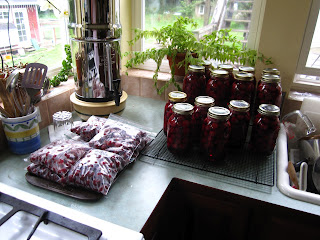 Sugar snap peas have been abundant and long lasting this year due to our cooler and wetter conditions. We have eaten them until everyone is complaining, sold some, froze 20lbs, and given some away to family. 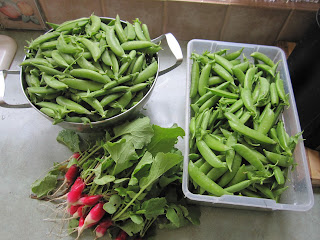 Potatoes are going great guns. The reds are popping out of the top of the soil and many of them are huge. The vines are still going so I don't feel like I can quite harvest them yet but I have pulled a few here and there for a couple meals. They are great. I am a little concerned that with all the rain they may not store well.


Beans are coming along and I have high hopes for them. Tomatoes not so much. Maybe some green tomato relish. I haven't got but one ripe tomato this year. Just too cold. I'm glad I didn't plant corn.

Last year I submitted a photo of one of our baby ducks fresh out of the shipping box to the dept. of Ag for a photo contest. see it here It was placed on the first inside page so this year I submitted four more photos. Let me know what you think. 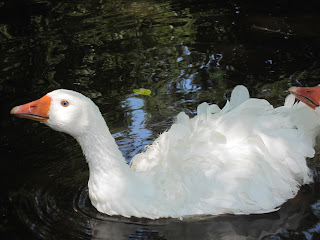 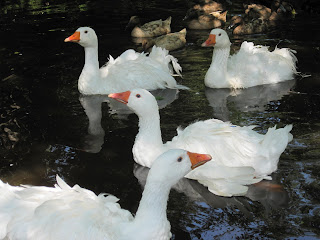 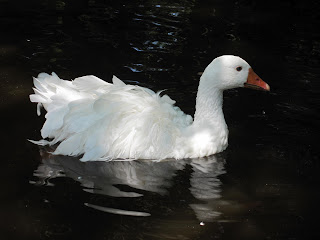 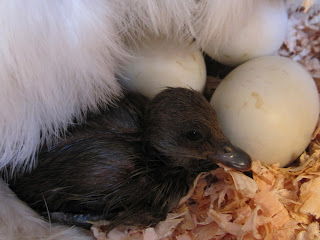 Here is a terrific blog. I have found infomation, contest, and other blogs through this one. Take a look.
Posted by sista at 9:47 AM No comments:

Strawberries, Canning, Gardening, Ducks, the Milk Man and a Berkey! 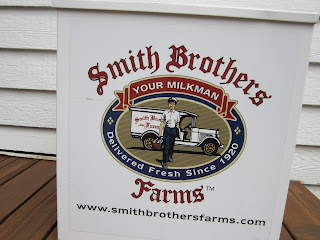 When I was a kid we had a milk man. It was normal to have milk delivered to your doorstep and put in a little insulated box every week. As a kid I never gave it a second thought. The Smith Brothers Dairy was just a few miles from our house. When I became a teen some of Smith Brothers Farm was bought and a really big shopping mall was built on some of the best and richest farmland in the valley. We stopped getting milk on the porch and the dairy moved several miles further south in the valley. As an adult I moved in the same direction only up on the hill above the valley and I still didn't have milk delivery. The store was so close. Now I live several miles north and west on an island and guess what I just discovered I can do? Ya! Milk delivery! Half and half and buttermilk and anything else I might want. And who have I chosen to get milk from? You guessed it. The same dairy I grew up with. And why?  Because I am tired of wasting my money on dead ultra pasteurized milk. 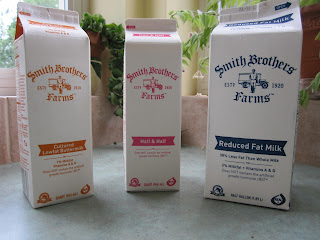 I'm also tired of lugging home that yummy milk in the cute heavy glass bottles that cost twice as much and that requires a deposit. Then you have to remember to return the bottles. Not to mention the occasional broken 1/2 gallon of milk in the bottom of the grocery bag and the fact that the nutritional value of milk is depleted when it is exposed to light.  Smith Brothers delivers for nearly the same as the grocery store charges, delivers in cartons that are made of recycled material and the milk is fresh and NOT ultra pasteurized. This means I can actually make cheese out of it too! Haven't tried it yet but I am about to. I will let you know how it works.

Strawberry season is finally here. In a good year the season would have started the last week in May. A normal season starts sometime in the first 2 weeks in June and only last a couple of weeks maybe three.  I know this because it was always so easy for me to miss it. The last few years strawberry season has been extremely late due to wetter and cooler than normal weather and has actually been overlapping raspberry season. Around here we have a saying that summer doesn't start until the 5th of July. I never minded that it was wet for the 4th. I figured it just cut down on fire hazards. But this berry thing is getting a little hard to manage. I need the time between strawberries and raspberries to get another pay check. Not to mention Bing cherry season is in full swing. I can a lot of cherries. It is very handy to open a quart of cherries and put them on the table with dinner in the dark of winter when you need to round out a meal. At any rate 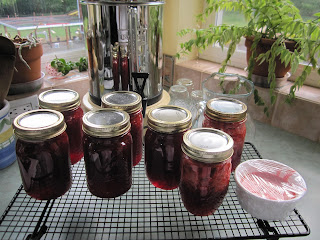 strawberries are finally here. I bought two 12 lb. flats two day ago. I made jam, canned ice cream topping, and froze the rest. They weren't the greatest tasting berries I have ever had. We have had way too much rain and way too little sun so they were big, plump, and watery tasting. Now that the 5th of July is here (and so is the sun right on que) I will give it a week and go see if they taste any better.
Notice the picture of my jam to the right?  In the background is a gift from my man. Recognize it? Ya! A Berkey water filter! I have been complaining about the taste of our water since we moved here. For the first time in years we are on city water and it is very chlorinated. It taste awful and sometimes it taste like dirt. Nothing like the clean fresh tasting water we use to get from our well. Even our finicky cat hates the taste. I have also not been too keen on having to rely on the water company in the event of some catastrophe to provide clean potable water. With the Berkey we can filter the pond water if we have to. This could come in handy since the Cascade earthquake fault runs right in front of our four acres. In the mean time I'm going to drink water that resembles the good stuff we are use to. 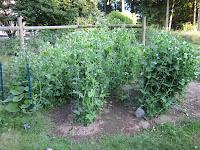 The garden is finally almost under control. (if that is possible) I will be harvesting sugar snap peas this week and from the look of it we should have a bumper crop. The tomatoes have some size to them and I was smart enough this year to space them far enough apart to have room to grow. I did get the out of control section of garden weeded and the squash, pumpkin and zucchini plants all put in. I bought those as starts so 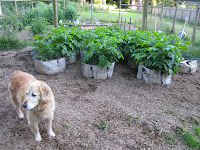 they should be taking off here in the next week. The potatoes are huge and I have pulled a few out here and there for a couple of meals. They were nearly the size of my hand. The plants are still green and growing so I will keep hilling them up in my potato towers and see what I get. I planted green, wax, and purple string beans about three weeks ago and the plants are about 4 inches tall. The day time temperatures were still in the forties to low fifties so I was a little concerned the beans wouldn't germinate. So far so good. Cucumbers are not very happy. I didn't have much luck with those last year either. The lettuce in the cold frame finally bolted but we had several salads from that. I pulled the rest out and fed it to the geese and replanted bell peppers and cherry tomatoes.
I'm on to planning a winter garden. I am hoping to convince the man to help me with a small hoop house/row cover to plant broccoli, cauliflower, beets and other fall crops.
The geese and ducks are all doing well and seem to have got past what ever was making them sick. I still don't know what it was for sure that was doing it and I still can't help but look out the windows and count heads every hour or so. That is my update. Now I am  going to try to switch to the updated blogger interface so if I disappear you will know what happened. Blogger ate me.